The comic book and me, just us, we caught the bus. Recorded in 1967, released for the first time this year without cleanups or overdubs and in full. I bought Great White Wonder—the first bootleg—when it came out in 1969, read Greil Marcus’s Invisible Republic/Old Weird America years later, have been waiting for this for far too long. Wins by a country mile.

Charlie Haden passed this year. I’ve spent hours listening to this album (and a lot more Ornette), a real find, #241 of 500 vinyl copies. The set was recorded live in LA a few months before Something Else! and The Shape of Jazz to Come hit the streets. Fond memories of Wesley Dean, a bottle of Bulleit, and a long Texas afternoon.

Likely their best album since Jason Isbell left. Saw them play much of the album live at Stubbs in Austin under the warm Texas night sky. On our way back to the UK we drove to Atlanta via Memphis, Nashville, and Athens, GA, where DBT recorded Black Ice Verité at the 40 Watt Club. That night Athens and the south got hit with its worse ice storm in decades, hence the name. 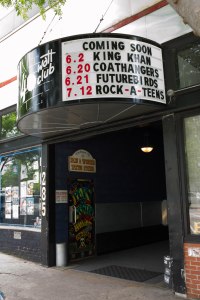 Her best since god knows when: Essence, Car Wheels, Rough Trade, depending on your taste. The voice has years in it, the words are slurry, the band is tight and the music tough. This album distills the south like Bulleit does. We saw her at Stubbs too. She rocked.

Jimi Hendrix reborn. One Austin boy we didn’t get to see, to my enormous regret. There’s still time.

Neil got a lot of flak for this set cut in a 1940s recording booth in Jack White’s Third Man Records studio in Nashville. When I’m in the mood I find the record unbearably affecting—especially Neil’s cover of Bert Jansch’s “Needle of Death.” Maybe its the scratchiness of the recording and that thin quavering high tenor, maybe it was seeing Neil rocking the free world with Crazy Horse in Hyde Park later in the summer, or maybe it’s just that we made it there—to Third Man Records—this year as well.

Actually I haven’t heard the full album yet. But it’s on order (we’re waiting for the vinyl) and we did hear Willie debut the title track when we helped him celebrate his 81st with about 5000 others at his annual birthday bash at the Backyard at Bee Cave, just outside Austin, Texas. Outlaw country. Nobody tells me what to do.

The chutzpah is justified. A great lyricist. Woke up today decided to kill my ego.

I love both these artists, together or apart.  Douglas plays on Caine’s sublime reworking of Mahler, Primal Light.  His Charms of the Night Sky brings back another fondly remembered American roadtrip, and the Blum House where we stayed in Polymath Park in rural Pennsylvania.

And some honorable mentions:

Saint Paul and the Broken Bones Half the City

Micah P. Hinson and the Nothing