“There was an Afghan army officer, a Sudanese dressmaker, a British artist and an Italian architect. There was an Egyptian hairdresser, an Eritrean waitress and a Lebanese soldier …”

The Guardian profiles each of the 72 (acknowledged) victims of Britain’s eminently preventable worst fire in a century.

“The Grenfell lives closely mirror the complexities of modern Britain: young families scrambling for childcare cover and extra jobs to help pay the bills; people still living with parents well into their 20s and 30s; refugees who abandoned careers and status in perilous homelands for safe anonymity half a world away; the very elderly – there were seven victims aged over 70 – grappling with disability in a crowded health system.

But Grenfell was not a microcosm of Britain or London. There were few white-collar workers among the victims and only seven white Britons, indicative of how the disaster disproportionately affected minority ethnic communities … ”

Two days later (and nearly a year after the fire) Theresa May announced that the UK government had finally agreed to provide £400m to remove Grenfell-style cladding (which had allowed the fire to spread rapidly throughout the building) from 158 high-rise blocks in the social housing sector across England.  The cladding had been chosen for its cheapness, despite its known flammability.

As of March 22, 2018, “just 62 out of 209 households needing rehousing [had] moved into permanent accommodation,” communities minister Sajid Javid told the Commons.  May’s government had previously promised to permanently rehouse all survivors of the fire within a year.

After Amber Rudd was forced to resign following the Windrush Scandal (discussed in Ethnographic Fragments #18) the aforementioned Sayid Javid replaced her as Home Secretary.  His first act was to rechristen the “hostile environment” policy introduced by Theresa May when she was Home Secretary—but without in any way altering any of its fundamentals.

The policy of denying suspected “illegal immigrants” access to housing, work, medical services and state benefits (and criminalizing anyone who provides them) now bears the chillingly Orwellian moniker of a “compliant environment.”

David Lammy MP, who has campaigned tirelessly over both the Grenfell Tower and Windrush scandals, sharply reminded Javid that “compliance” has a history:

Slaves having to nod and smile when they were being whipped in a cotton field or a sugar cane field were compliant.

Watching your partner being tied to a tree, beaten or raped, on a plantation, is compliance.

12 million people being transported as slaves from Africa to the colonies is a compliant environment.

Windrush citizens being abused, spat on, and assaulted in the streets but never once fighting back was a compliant environment.

Black Britons being racially abused at work but never speaking up because they need to put food on the table know all about a compliant environment.

Turning the other cheek when the National Front was marching through our streets was a compliant environment.

Young black men being stopped and searched by the police despite committing no crime and living in fear of the police know what it’s like to be in a compliant environment.”

oh say can you see

I admit it, Friday Night Lights was one of my all-time favorite TV programs.  The NFL (a league made of of mostly black players performing to entertain a mostly white—and it often seems, predominantly redneck—audience) is something else.

During a campaign rally for (subsequently defeated) Alabama Senator Luther Strange, “President” Trump demanded that NFL owners faced with protesting players “get that son of a bitch off the field.”  The NFL has now agreed a new set of rules that “subjects teams to a fine if … team personnel do not show respect for the anthem. That includes any attempt to sit or kneel, as dozens of players have done during the past two seasons to protest racial inequality and police brutality. Those teams also will have the option to fine any team personnel, including players, for the infraction.”

Land of the free my ass.  The only amendment that seems to count for anything in Trump’s America is the “God-given” Second.

the anatomy of compliance 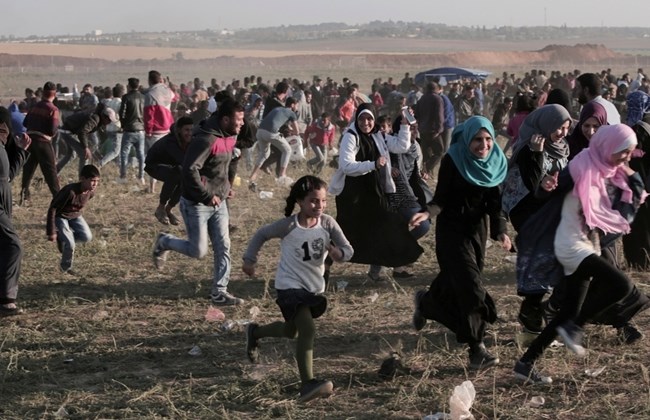 On May 14 Palestine’s Ministry of Health in Gaza released the names of 60 people (of whom three were as yet unidentified) killed that day “as a result of Zionist targeting center for the participants in the march of the great return today in the eastern Gaza Strip.”

A week later the Ministry of Health reported that “Israeli soldiers have killed 112 Palestinians, and injured 13,190 since the Great Return March protests started on the Palestinian Land Day, March 30th, 2018.  Dr. al-Qedra said that the soldiers killed 13 Palestinian children, and injured 2096 others, in addition to wounding 1029 women. He added that 332 of the wounded Palestinians suffered life-threatening injuries, 3,422 suffered moderate wounds, 9,436 suffered mild injuries, and 5,572 suffered the effects of teargas inhalation.

27 of the wounded Palestinians suffered amputations in their legs, one in his arm, and four others had some fingers severed by Israeli fire. Dr. al-Qedra added that the soldiers also shot and killed one medic, and injured 323 others with live fire and gas bombs, in addition to causing damage to 37 ambulances.”

During the same period, according to the Times of Israel, “there has been just one Israeli casualty reported — an IDF soldier, who was lightly wounded by a rock.” 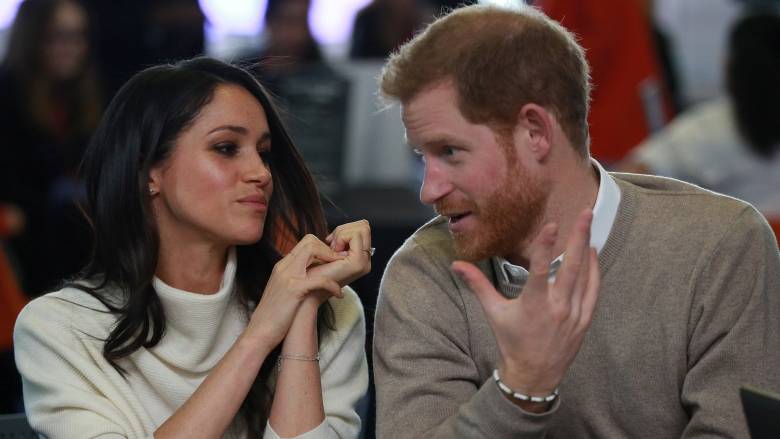 Missed in much of the global gushing over the recent wedding of Prince Harry of Wales and Ms Meghan Markle was this gem in the Czech press:

“News server Aktuálně.cz reports that the chair of the Civic Democratic Party (ODS) in the Czech Republic, Petr Fiala, has called on René Franěk, a member of the party council for the Nymburk area who is also director of the zoo in the Central Bohemian town of Chleby, to apologize for a recent post he made on social networks about Saturday’s Royal Wedding of Britain’s Prince Harry to the American actress Meghan Markle. Franěk posted that ‘the heir to the throne is marrying a gypsy woman’ …

If the zoo director does not apologize, Fiala says he cannot remain an ODS party member.”

The zoo director later explained that “I meant my remarks in the context of the heir’s multicultural enrichment, which is having such resonance in the public arena.”

Right.  For a more insightful take on the significance of the wedding, see Mara Gay’s excellent New York Times article “Thanks, Meghan Marple, we needed that.”