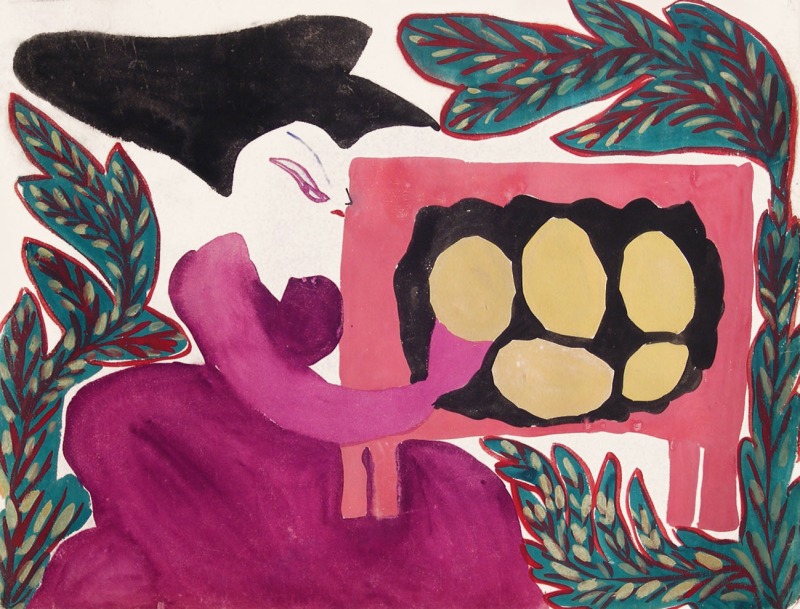 In the 1940s, a 16-year-old girl captured the minds of the art world’s elite. The self-taught Algerian artist, Baya Mahieddine (1931-1988) — known as Baya — is finally being celebrated in the first North American exhibition of her work, at NYU’s Grey Art Gallery, through March 31. Baya used gouache as her primary medium, depicting a world without men but full of bright images of women, nature, and animals …

In 1947, when Baya was just 16, she was discovered by Aimé Maeght, an established French art dealer, and André Breton, who included Baya’s works in the Exposition Internationale du Surréalisme at Galerie Maeght in Paris. Almost overnight she caught the attention of Picasso and Matisse, among other prominent artists, for her colorful, spontaneous and “childlike” compositions. “Her work allows us to question so many different histories,” said curator Natasha Boas.  (from Jane Drinkard in The Cut) 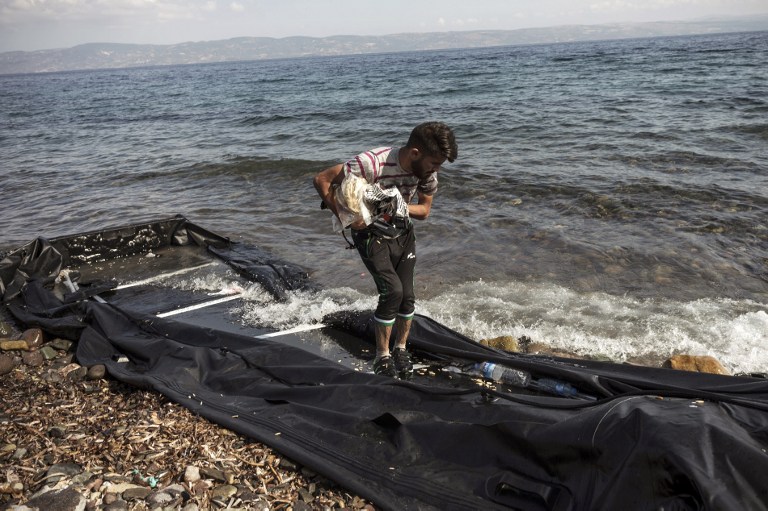 A German newspaper has published the names of 33,293 refugees and migrants who died trying to reach Europe.  Der Tagesspiegel listed victims’ names, ages and countries of origin, as well as causes and dates of death, over 46 pages.

The newspaper said it wanted to document “the asylum-seekers, refugees and migrants who died since 1993 as a consequence of the restrictive policies of Europe on the continent’s outer borders or inside Europe”.

The majority of the people on the newspaper’s list drowned in the Mediterranean Sea.

Last year was the deadliest for migrants attempting to cross the Mediterranean, with at least 5,079 dying or going missing during their journey, according to the UN International Organisation for Migration (IOM).  (from The Independent)

When the phone call came asking the Sicilian townspeople if they had any room in their graveyards, the answer was a reluctant no.

A boat full of migrants had sunk in the Mediterranean. Almost 400 people were dead and they had to be buried somewhere. But the Sicilian town of Sutera, almost entirely populated by older people, had long since filled up its cemeteries.

Yet although there was no room for the dead, there was plenty of room for the living. All but a few hundred people had moved out of the town to find work in bigger cities, leaving behind empty houses. Now there was a chance to repopulate.

And so, since 2014, Sutera has augmented its fast-dwindling population with dozens of asylum seekers. The school has been reborn; the butcher and grocer are happy with the growth in turnover; the birthrate has rocketed.  (From the Guardian)

the times they are a-changin’ (maybe) 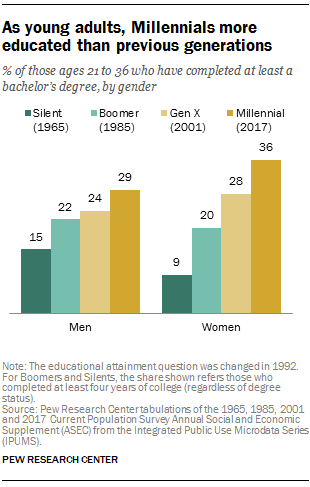 Some fascinating data from Pew Research on the rapidly changing demographic makeup of America.

“The past five decades – spanning from the time when the Silent Generation (today, in their 70s and 80s) was entering adulthood to the adulthood of today’s Millennials – have seen large shifts in U.S. society and culture … Americans, especially Millennials, have become more detached from major institutions such as political parties, religion, the military and marriage. At the same time, the racial and ethnic make-up of the country has changed, college attainment has spiked and women have greatly increased their participation in the nation’s workforce.”

So how come the United States is still governed by uneducated, conservative, old white men, as epitomized by “President” Donald Trump? 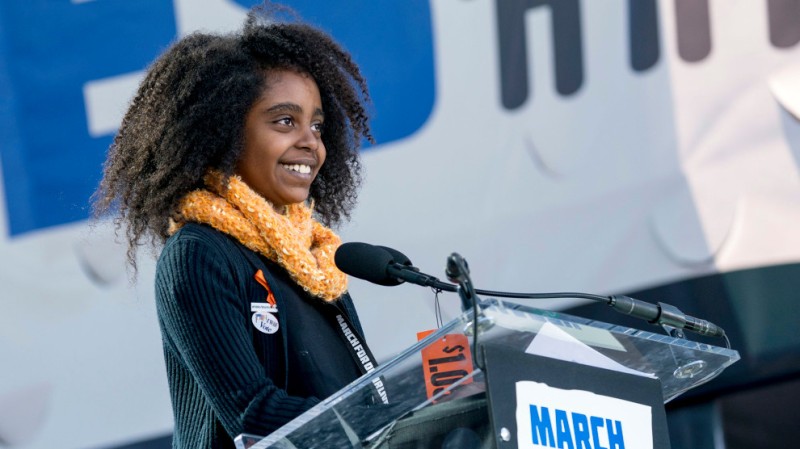 Naomi Wadler, an 11-year-old girl from Alexandria, Virginia, thrilled hundreds of thousands when she spoke out for “the African-American girls who don’t make the front page of every national newspaper” at the March for Our Lives rally in Washington, DC, on Saturday.

The future.  Unless the old white men of the baby boom generation kill us all, one way or another, first.