Marine Le Pen insisted that none of the parties were xenophobic. “We like diversity.  I like the Dutch to be Dutch, I like the Czech to be Czechs, I like the French to be French, I like the Italians to be Italian.”  A priceless photograph.

An everyday story of country folk

Field Farm fisheries, near Bicester in Oxfordshire, England, which describes itself as “picturesque, tranquil and an idyllic setting” with an “extensively stocked” lake for leisure anglers, has put up a sign saying “No vehicle access. No Polish or eastern bloc fishermen allowed. No children or dogs.”  Nuff said.

Puerto Rico Sketchbook: There Are Dead in the Fields

“A cantastoria is a vagabond fusion of art and music, so old it turns up all over the world.  In each set, a performer displays an illustrated scroll, then, while pointing to each image with a stick, tells a story in song.  The cantastoria first developed in India as a way for itinerant performers to bring the legends of gods from door to door. By the time it hit Central Europe in the sixteenth century, it had mutated away from its sacred roots into a wandering carny show of sex, crime, and political sedition.

After the hurricane, the Puerto Rican puppetry collective Papel Machete created a new cantastoria: Solidarity and Survival for our Liberation …” 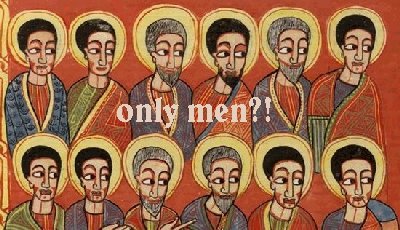 “Tony Robinson, bishop of Wakefield and chairman of Forward in Faith which does not accept women’s ordination, said Mullally’s appointment in a diocese where so many people rejected the ministry of women would result in ‘a deeper impairment of communion.'”

An Intimate History of America

These “snippets” are intended to function in the same way.  Click on the headings to go to the original articles, which are mostly from the mainstream aka fake news media.